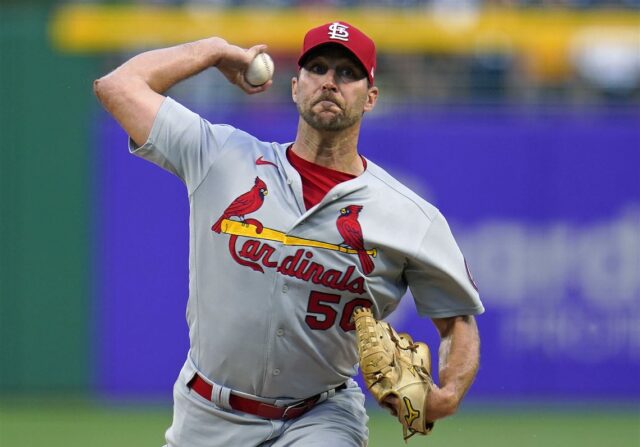 The Atlanta Braves selected him 29th overall in the first round of the 2000 amateur draft from Glynn Academy in Brunswick, Georgia. Wainwright’s performance in the minor leagues brought him notice as one of the Braves’ top pitching prospects. The Braves traded him to the Cardinals after the 2003 season, receiving outfielder J. D. Drew. Wainwright made his MLB debut on September 11, 2005, against the New York Mets.

After spending his first full MLB season as a relief pitcher, Wainwright briefly assumed closer duties, saving the series-clinching games of both the 2006 National League Championship Series and World Series. The next season, he returned to starting pitching, a role in which he has since remained, except for 2011, which he missed due to Tommy John surgery. Wainwright emerged as an ace as he led the National League multiple times in wins, innings pitched, and games started. He also has multiple top-ten finishes in earned run average, strikeouts, walks plus hits per inning pitched, and complete games. In 2014, Wainwright became the first pitcher in Major League history to post nine of his first 18 starts with seven innings pitched and no runs allowed. In his career, Wainwright has won more than 150 games, three All-Star selections, two Rawlings Gold Glove Awards, and finished in the top three in the Cy Young Award balloting four times.

With 2,004 career strikeouts through the 2021 season, Wainwright is second to Bob Gibson (3,117) in Cardinals franchise history in strikeouts.