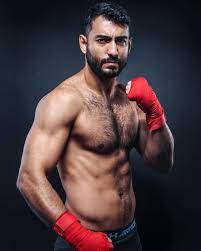 João Antônio Barbosa Arroyo, born July 01, 1989 is a Brazilian male mixed martial artist who competes in the Middleweight division of the Ultimate Fighting Championship. Arroyo was expected to make his promotional debut against Kevin Holland on November 16, 2019 at UFC Fight Night: Błachowicz vs. Jacaré. However, in late September, promotion officials elected to remove Holland from the bout in favor of a matchup against Brendan Allen on October 18, 2019 at UFC on ESPN 6.