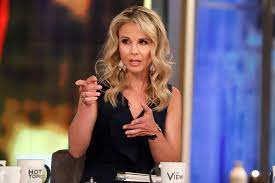 Elisabeth DelPadre Hasselbeck, born May 28, 1977, is an American retired television personality and talk show host. Hasselbeck first rose to prominence in 2001 as a contestant on the second season of the American version of Survivor, where she finished in fourth place. She married NFL quarterback Tim Hasselbeck the following year.