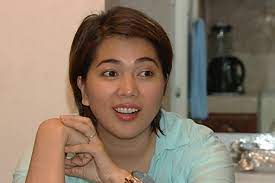 Jan Marini Alano is an actress and singer from the Philippines. She started her showbiz career in Ang TV, ABS-CBN’s teen-oriented gag/variety show in the early 1990s. As one of the resident singers of the show, Jan honed her talents resulting in television appearances as a performer in various variety shows in the country. She released her eponymous debut album in 1995 with the single “Love Song” highlighting her soulful voice.