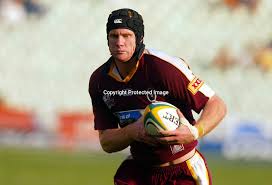 John Roe, born 10 April 1977 in Brisbane, is an Australian physician and a former international rugby union player. He played in the back row for the national team and captained the Queensland Reds in Super Rugby. Roe was educated at Brisbane Boys’ College. He graduated in medicine on 15 December 2006 from the University of Queensland.