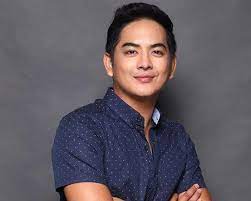 Neil Coleta, born August 4, 1991, is a Filipino actor. He appeared in the TV series Growing Up and 100 Days to Heaven.

In 2012, Coleta starred the film I Do Bidoo Bidoo: Heto nAPO Sila! having a gay role. His work for the film garnered several reviews that made him winning the New Movie Actor of the Year Award” from the 29th PMPC Star Awards for Movies in 2013. He was also nominated as Movie Supporting Actor of the Year.