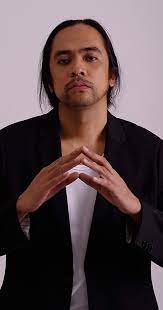 Ryan Rems Sarita, born November 3, 1978, popularly known by his stage name Ryan Rems, is a Filipino comedian and television personality. He was the first Funny One grand winner of the ABS-CBN noontime variety show, It’s Showtime.

He is one of the comedians of Comedy Manila, an organization that produces quality comedy shows featuring local and foreign acts in the Philippines.