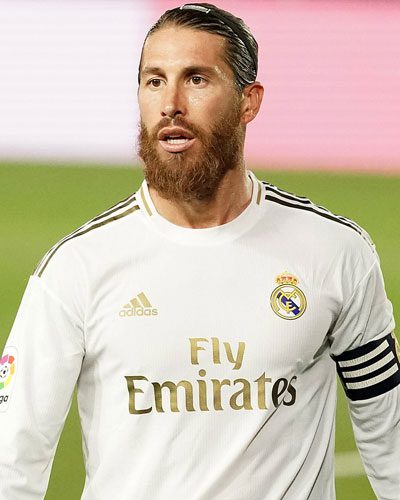 Sergio Ramos García, born 30 March 1986 is a Spanish professional footballer who plays for Ligue 1 club Paris Saint-Germain and the Spain national team. He most notably played as a centre-back for Real Madrid for 16 seasons, whom he captained for six seasons. He has previously played as a right-back, earlier in his career. Known for his goalscoring capabilities and leadership skills, he is widely considered one of the best defenders in the history of the sport.