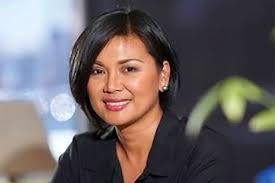 Bernadette Vela Punzalan-Field, born November 20, 1968, known professionally as Princess Punzalan, is a Filipino actress. She began her career starring in Lovingly Yours: The Movie (1984) and Lovingly Yours, Helen (1992-96) and was nominated of PMPC Star Awards for Television in 1987. Her profile continued to grow when she starred as antagonist Selina Pereira-Matias in Mula sa Puso (1997–99) with Claudine Barretto, and won Best Actress in 1998.